1. Commodifying open protocols is not wrong under the BSD license. BSD license allows companies to take an open source s/w and plug it in their product. This makes sense particularly in the BSD viewpoint, since it was the US Govt that funded development of BSD and TCP/IP research.

Commodifying open protocols is not illegal. Agreed. But generalizing everything from the American legal perspective is bad. The companies take shelter from the traditional American viewpoint – anything that is permitted by (American) laws should be OK. This leads to a world where a congenial neighbor who opens his door for a cup of tea getting robbed. I hate to live in such a world. (There is more answer to this question, will blog it another day).

Let us not gift TCP/IP (or whatever open protocol is out there) entirely to the ‘great’ American minds. Much of those sciences were learned (what if I say stolen) from the ‘non-american’ brains.

2. Opening up the source is probably not the only way to share knowledge, and both cannot be equated like you’ve done (your answer for the first qn).

Opening up the source is the most efficient knowledge dissemination process. Can you point out other methods out there, so that we can compare them and weigh which is better?

Or, is it sign a ‘Non Disclosure Agreement” and I will teach you? I never sign a NDA to read Physical Review Letters. Why is that the software world so much different from rest of the science/tech? What if gene maps and treatment methodologies are closed as much as source code?

3. Given that IP and its protection is still a contentious, potentially costly issue(in terms of legal expenses), it is difficult to change the view point that source is IP. The test of this will come when an OSS of a company is copied and sold illegally by some other company, and the first company files a suit and wins. Ideally this should work, but who knows..

This argument hides several points. Is code the only IP? What about what goes beneath the codes? Have we ever heard about any IP-protectors out there passing their dollars to mathematicians? Why is that code-writers considered so unique in their brains and inventions that they need special protections. Aren’t we seeing the potential of the code-IPs to curb any small time, homegrown inventions, which is a very valid (and one of the highly successful) invention mechanism? Is hot-wiring Honda Civic illegal?

These kinds of arguments constantly instill a fear-psychosis. Why should I live in a world constantly fearing my co-workers? Why is that everything should be viewed under the ‘legal microscope’? Aren’t there any other viable alternatives to build a better world, where knowledge-seeking and knowledge-sharing are easy? Why do we turn a blind eye to the alternative reality that exist? 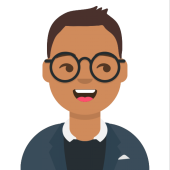